Home » How Will You Celebrate This Memorial Day? 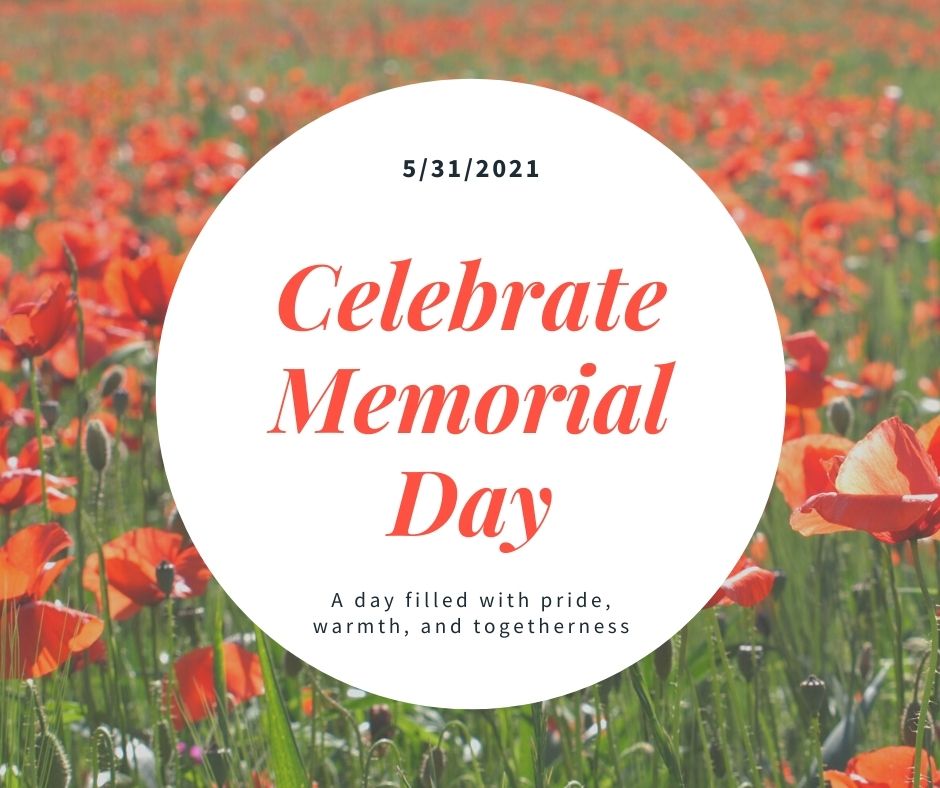 How Will You Celebrate This Memorial Day?

I’ve always thought of Memorial Day as the unofficial start of summer – as do most Americans. It signals that good weather and outdoor adventures lie ahead – and that the end of school is in sight.

When I decided to investigate the actual origins of the holiday, I discovered that the history of Memorial Day is surprisingly convoluted. Here’s an abbreviated version of how The Office of Veterans and Inter-Governmental Affairs describes it:

“Three years after the Civil War ended, on May 5, 1868, the head of an organization of Union veterans — the Grand Army of the Republic (GAR) — established Decoration Day as a time for the nation to decorate the graves of the war dead with flowers. Maj. Gen. John A. Logan declared that Decoration Day should be observed on May 30. It is believed that date was chosen because flowers would be in bloom all over the country. The first large observance was held that year at Arlington National Cemetery, across the Potomac River from Washington, D.C…”

Suffice it to say that a number of different groups in various locations started honoring fallen Civil War soldiers, and by the end of the 19th century, Memorial Day ceremonies were being held throughout the country. But it was not until after World War I that the day was expanded to honor those who have died in all American wars. In 1971, Memorial Day was declared a national holiday and designated as the last Monday in May.

Today, this three-day weekend has taken on new meaning for most. But exactly how will we be celebrating Memorial Day this year? Americans are reacting to the current state of the pandemic in many different ways. Will it feel like the end of a school year and the start of summer? Will remote learners emerge from their cocoons to enjoy the great outdoors with family and friends? Will “Summer Fridays” make a comeback in corporate America? Will there be fans in the stands at baseball games again? And how does the new CDC ruling on wearing masks change things?

Only time will tell. And without clear guidelines, we will have to make many decisions based on our own comfort level. I’m the eternal optimist. Worrying will not help. And I got vaccinated because that is what feels like the right move for me, my family and my fellow man.

So, what does Memorial Day mean to me this year? Once again, it’s the official kick-off to summer barbecues, get-togethers with friends, and time sitting on the beach. I am counting on a no-mask-line tan. And when Labor Day signals the unofficial end of summer, I am looking forward to a return to school and work – and a far less isolated autumn.😊